Vitamins for the Soul

View all Vitamins for the Soul

What can I do when grief overwhelms me?

“As they talked and discussed these things with each other, Jesus himself came up and walked alongside them”. 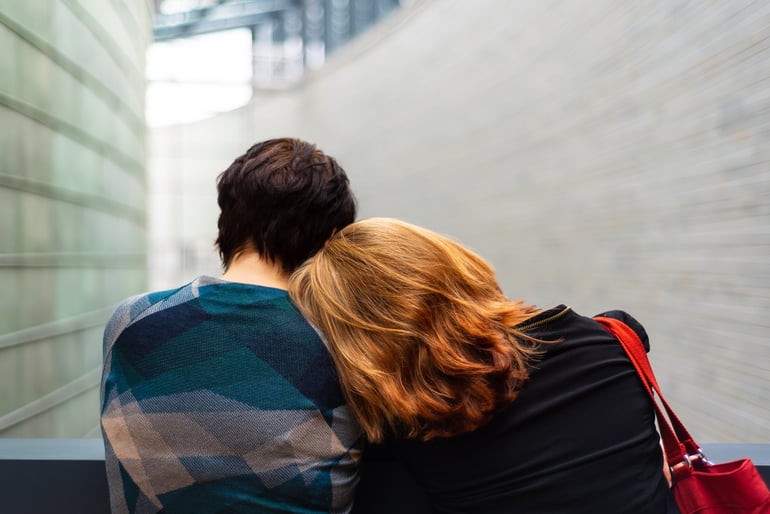 Each of us experiences the loss of those we love. When death comes, grief can overwhelm us. Longing for the person we have lost, we spend days and nights fearing that our suffering will last forever.

After Jesus’ crucifixion, two disciples left Jerusalem on the road to Emmaus. A stranger joined them asking why their hearts were full of sadness and they told him what had happened. At supper that evening, the stranger revealed himself to be the risen Jesus and “their eyes were opened.” (Luke 24:31)

Many years ago, a hospital consultant referred me to Lisa, a young girl of 15.

Terminally ill, Lisa had just a few weeks to live and her parents were consumed with grief.

I spent some time with Lisa, helping her untangle the deep bitterness that gripped her soul. Angry with her parents, she had distanced herself from their affection. She also judged herself harshly and felt overwhelmed by grief and anguish.

I prayed with her, and introduced her to Jesus as a friend who could bring her peace and set her free from pain.

In tears, she prayed with me and the burden she carried was lifted.

Some months later, after she had passed on, I received a letter from her parents. They were astounded and grateful at the change in their daughter.

“You gave our daughter back to us,” they wrote, “and the remainder of our time with her was beautiful and precious.”

They were not religious people, yet they saw the transformation Jesus made in the final weeks of their daughter’s life.

To lose is a child is to suffer the worst loss imaginable. For many parents, it leads to a loss of hope for the future and that is the loss the disciples felt. Overwhelmed by the brutal reality of the crucifixion, they feared their grief would never end. That is why they left Jerusalem.

On the road to Emmaus, Jesus let them know he was with them and would always be by their side. With his love and God’s grace there is not a dark night of the soul through which we cannot pass, renewed in faith and hope.